With a total forest cover of around 13% compared to the European average of 48% as of 2020, the United Kingdom is one of the least densely forested countries in all of Europe.

Numbers, however, can be used to tell many stories. If you compare this to, say, Djibouti’s 0.3% of forest cover, the UK looks to be doing a lot better. Especially when you consider that the total forest cover has tripled since 1900. The initial number then becomes even more grim if you look at Global Forest Watch, who shows that as of 2010 the UK had 20% forest cover, resulting in a 7% loss of forest cover  in ten years. The story changed depending on how you present the data. As such, we must take numbers in context and look at as many stories as possible to find out exactly what is going on.

According to the Woodland Trust, only 7% of the total woodland is in “good condition”, and about 50% of all forest cover in the UK is conifer plantations that support very little biodiversity. Furthermore, research by Burton et al suggest that not only are we facing a deficit in action, but a deficit in measurement and data gathering. That initial 13% number starts looking a lot more complex when we dig around if only a little. While we can write many, many stories just with a few pieces of information, what is clear just from a cursory glance at the data is that fighting climate change and the biodiversity crisis need a varied arsenal.

Some tools in this arsenal are more widely known than others. As such, when we at Cooked Illustrations thought about making an awareness and action campaign on the Climate and Biodiversity Emergencies, it was imperative that we focused on parts of the story that do not seem to be as widely known.

Rewilding Britain is a self-initiated, independent awareness campaign to bring in the general public into conversations around the reintroduction of certain species into the British landscape.

But what is rewilding in the first place? The True Nature Foundation defines rewilding as “a form of environmental conservation and ecological restoration that has significant potential to increase biodiversity, create self-sustainable environments and mitigate climate change. Rewilding aims to do this by reintroducing lost animal species to natural environments.” There are several types of rewilding, but the most commuse use of the term refers to  trophic rewilding. Trophic is a term that means “relating to feeding or nutrition”, and often used to denote an organism’s position in the food web - called its trophic level. Trophic rewilding is the practice of introducing a species whose very presence in the environment would cause top-down effects - a trophic cascade - and kickstart several natural processes that would, in time, improve environmental health. In the case of woodland, the introduction of certain species would help activate the natural processes that help a forest grow and spread, without the need for labour and resource intensive direct human interventions.

To bring attention to this issue, and to educate the general public on the processes of trophic rewilding, we created three posters celebrating the contributions certain mammal species would have on the UK’s wild areas. The first in what we hope will be a long series on the subject of rewilding.

‍The eurasian beaver used to be native to the island of Great Britain, but it went extinct in the 16th century due to unsustainable anthropogenic pressure.

We have talked before about how beavers are keystone species who are second only to humans in how they can modify the environment in beneficial ways. So if you want to find out more, click HERE to take a look at that project.

The Euroasian Beaver has already been successfully reintroduced, albeit by accident in some cases. Such is the case of a small population of wild beavers along the River Otter in Devon, where a beaver population had been present since 2008. This population gained legal protection in 2020, and the Devon Wildlife Trust now ensures their conservation and protection. Similarly, there had been a managed beaver reintroduction trial in Scotland  that ran from 2009 to 2014.

By engineering watercourses, beavers can reduce the likelihood of flooding events, create new environments for wildlife, and improve water quality.

There are currently no wild populations of grey wolf in Great Britain, nor any trials of managed wild populations. Campaigners have been calling for the reintroduction of the grey wolf to help in the population control of ungulate grazers as a way to help forests recover from a deer population boom and other factors. A possible example of how such a trial would operate is the famous reintroduction of wolves to the Yellowstone National Park in the United States.

However, we must also engage with arguments against the flashy reintroduction of keystone predators. As most of the landscapes we’re looking to rewild are under the stewardship of local communities, farmers, and estates, we must ensure their cooperation and support. One such argument is that by focusing on these species that appear to be a threat to these stakeholders’ livelihoods, be it wrongly or correctly, we may lose the support of those we need the most to ensure these projects are successful long term.

Like the grey wolf, lynx  has not been reintroduced to the UK. Their reintroduction would help in the control of pest species and to increase predation of other prey species that would have otherwise not have any competition.

At the moment of writing, we’re waiting to see if a privately, billionaire-funded conservation project in the Scottish Highlands is approved. This project, like the conversation surrounding the grey wolf, requires the support of the landowners and Scottish population.

This is where we’d like to point out the reasoning why we chose a Wanted Poster style for this project. With predators like the wolf and the lynx, a historical negative connotation of their presence is still prevalent. These opinions may be borne from an understanding of these species not as part of a natural whole, with an intrinsic environmental value, but rather as threats to economic value. A paradigm shift is needed if we are to face climate and biodiversity collapse of course, but we also need to support those communities who would be the ones helping manage any rewilding efforts in the first place.

And it is Cooked Illustration’s mission to inform the public on issues of social and scientific importance. We hope that these posters are shared widely and help spark conversations and discussions in a positive light.

Rewilding Britain is part of Cooked Illustration’s SolarPunk project, a series of artistic and creative interventions to help inform the public about the social, human, scientific and natural issues relating to the climate and biodiversity emergencies across the world. Like any ongoing project, its content and focus will change and adapt. Our goal is to inform the public as accurately as we can, using creative and fun means. We welcome all comments, critiques, corrections and ideas.

If you’re interested in our services, you can drop us a message. 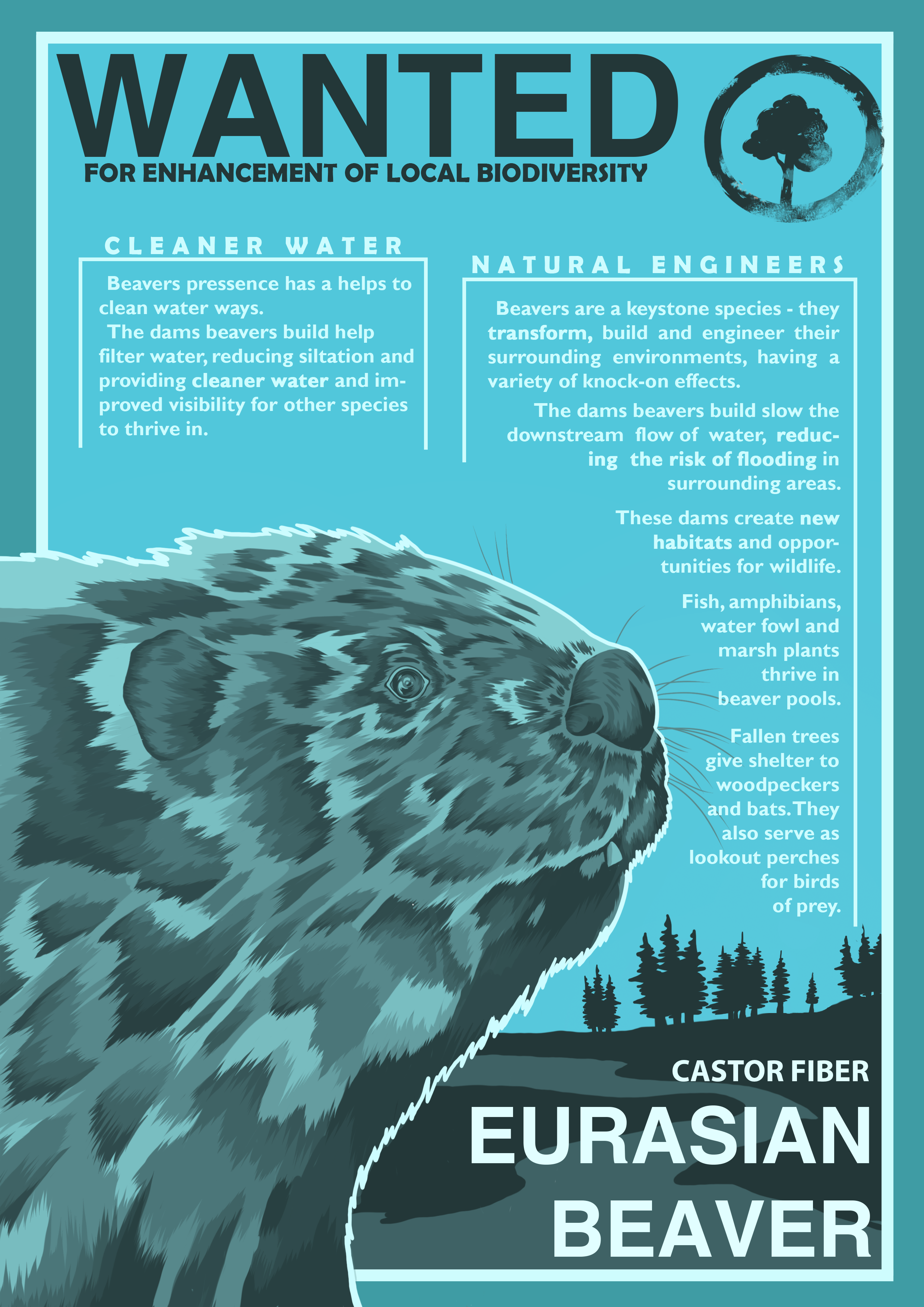 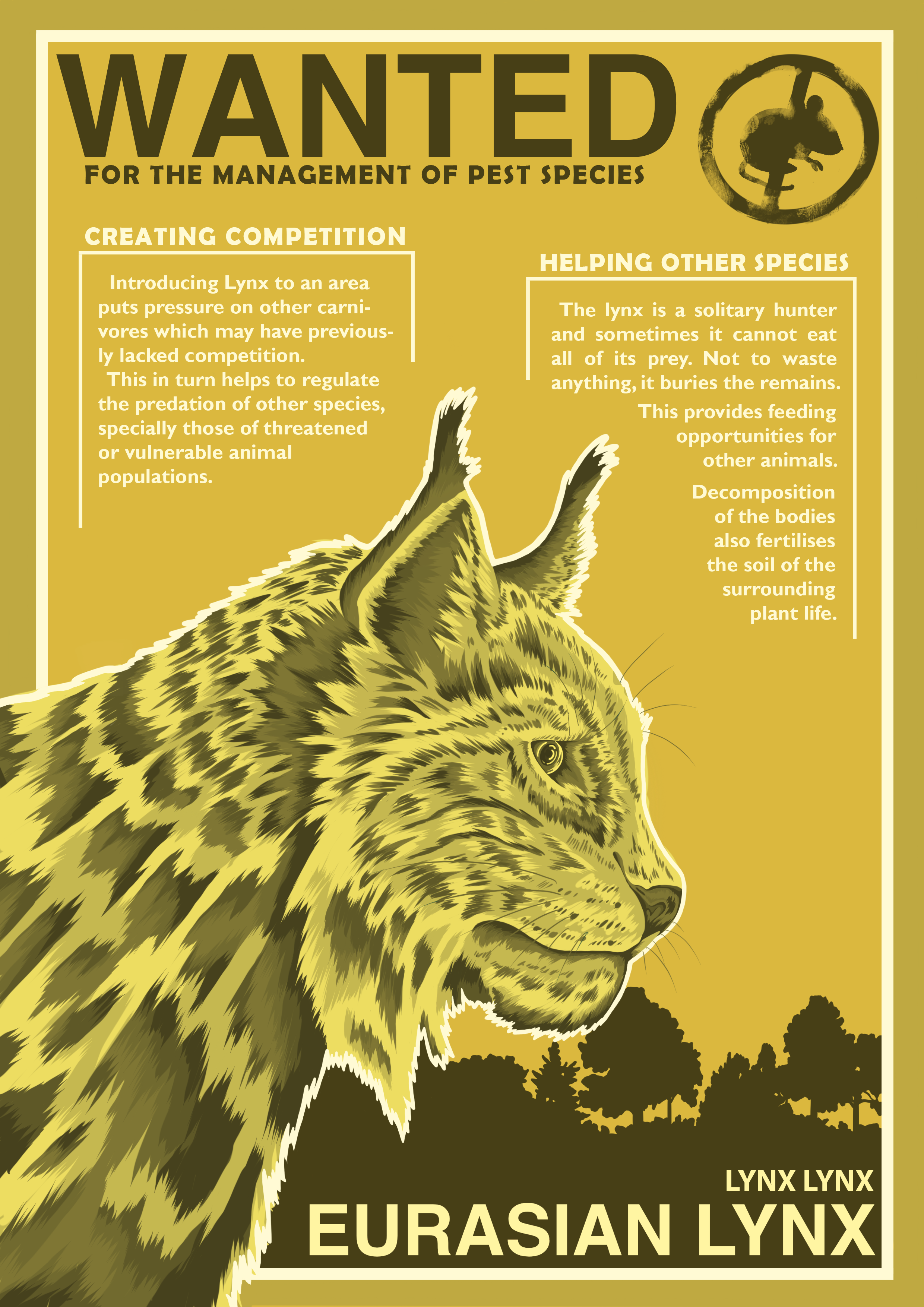 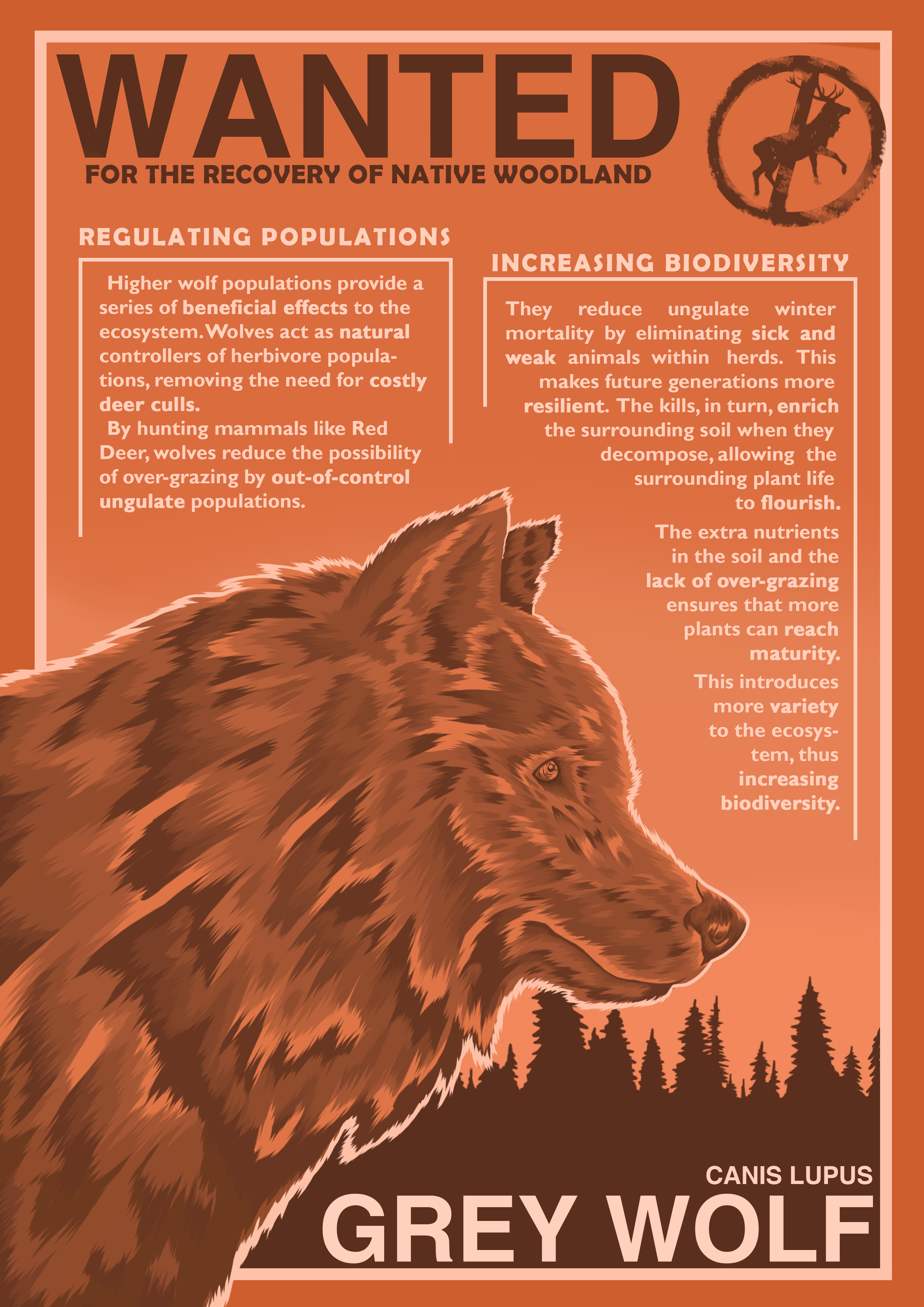