Filling in an Educational Void

One day in school, Martina notices that her textbooks start in 1502, the year Columbus “discovers” the Isthmus of Panama. She protests that “nothing starts in 1502!” and questions this version of history; her teacher has no answers for her. Thus, she decides to see history for herself by building a TIME MACHINE!

Martina and the Bridge of Time is the first project of its kind in Panama, in collaboration with the O’Dea Lab of the Smithsonian Tropical Research Institute and funded by SENACYT, Panama’s Department for Science and Technology. Cooked Illustrations distilled decades worth of paleontological, archaeological, anthropological and biological research into a multilingual comic book to be distributed to every school in the country.

Panama’s education system is not the best, and it has massive gaps in attainment and science education specifically. In the face of this dereliction of duty, it was decided that this new science outreach comic would, at the very least, try to bring tropical science research directly to children in a manner that would consider the children’s interest first.

As part of the agreement with SENACYT, we would deliver more than 2000 copies of Martina and the Bridge of Time to schools all around the country, most of these in Spanish. Any excess copies were sold in educational hubs to fund further promotion of the comic book. Considering the challenges of distributing anything in a country without a postal service and where schools can be several hours’ walk away from the nearest road, we depended on a support team from STRI and SENACYT to distribute the book via their networks and existing systems.

‍We aimed to help demystify academia, and bring research to the masses in the language they speak, without prejudice and being as inclusive as possible. We decided early on that the main character should have a very Panamanian feel. While we wanted her to have the same “mixed culture” feel as most of Panama has, we eventually settled on making her Native American roots very strong. We agreed that she would be Ngobere in part because we had Ngobere colleagues who could help us with having the character speak this beautiful language. We hope that moving forward we are able to not just create more stories using Ngobere, but eventually be able to empower Native speakers to write Martina stories in their own languages for their own people.

At first, Dr O’Dea wanted to make a children’s book. As the story was developed, it was obvious that a graphic novel format would give us more space to tell a bigger story with a lot more scientific content. Not only would it give us more time to employ a narrative, something we know that can help make even the most complex of ideas more digestible, but would let us draw a lot more. Images, as we know, really do help in improving learning outcomes. Another benefit of making a comic book is that it expands the audience that would read the book, thus creating a much wider reach, and increasing impact.

Whatever shape the book took, we were adamant that such a project had to be available to everyone in one way or another. Thus, Martina also exists as a webcomic. Something that will help us grow the audience long-term, even as we maintain our promise of bringing world-class scientific research directly to the hands of everyone.

After the initial meeting where format, content and general feel of the book were decided, Ian and Dr O’Dea worked simultaneously and remotely on a script and storyboard. At this time, Ian also worked on concept art, narrative design, and style development.

The distance proved challenging initially. Being their first collaborative project, and the first like this that either had worked on, they had to build a new way of working as they went along. A tight deadline kept the work focused.

Once the storyboard was finished, Ian worked on finalising the artwork pages over a period of three months, with colour support by our talented partner illustrator, Jess Jenkins.

To accelerate production, every time a page was finalised it would immediately be sent to Puntoaparte Editores, our wonderful partners in Colombia in charge of design, typesetting and printing.

A tough and trying process but the results speak for themselves.

What happens to Martina now?

Martina and the Bridge of Time is not just a comic book, of course. It is an intellectual property that we’re using specifically as an experiment in novel and innovative ways to fund science communication and science outreach programs. All the income generated by sales of PanaMartina products goes back into a single pot which is then used to create new PanaMartina content, or to fund other O’Dea Lab outreach projects.

This is a model we see a lot of potential in. Not just for future Martina publications (spoiler: there will definitely be more!), but for other research organizations. We hope that if you’ve read this far, we’ve been able to convince you of the great potential projects like this have in support of education programmes. Or, at the very least, perhaps now you want to read all about Martina! Well, follow the links below and you can: 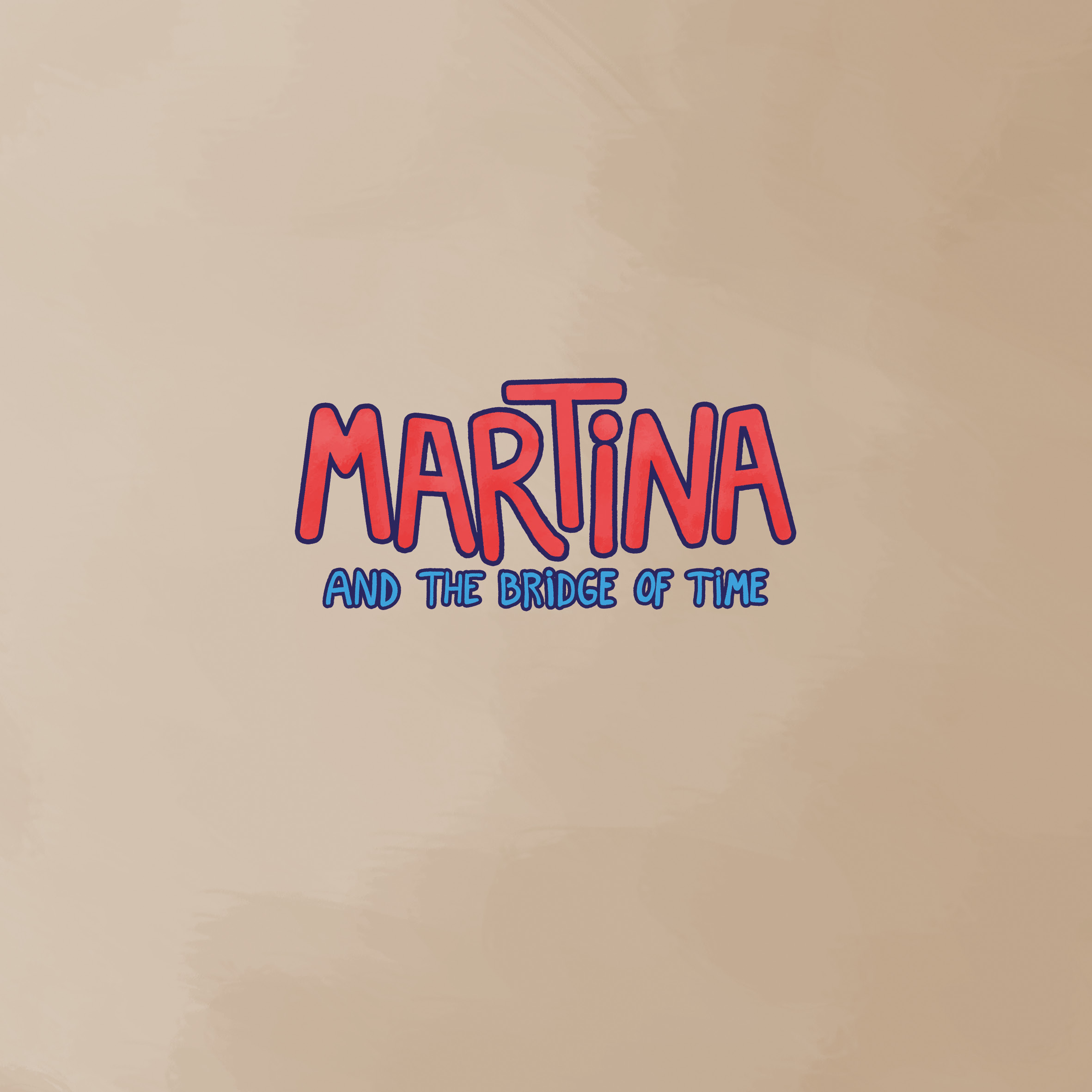 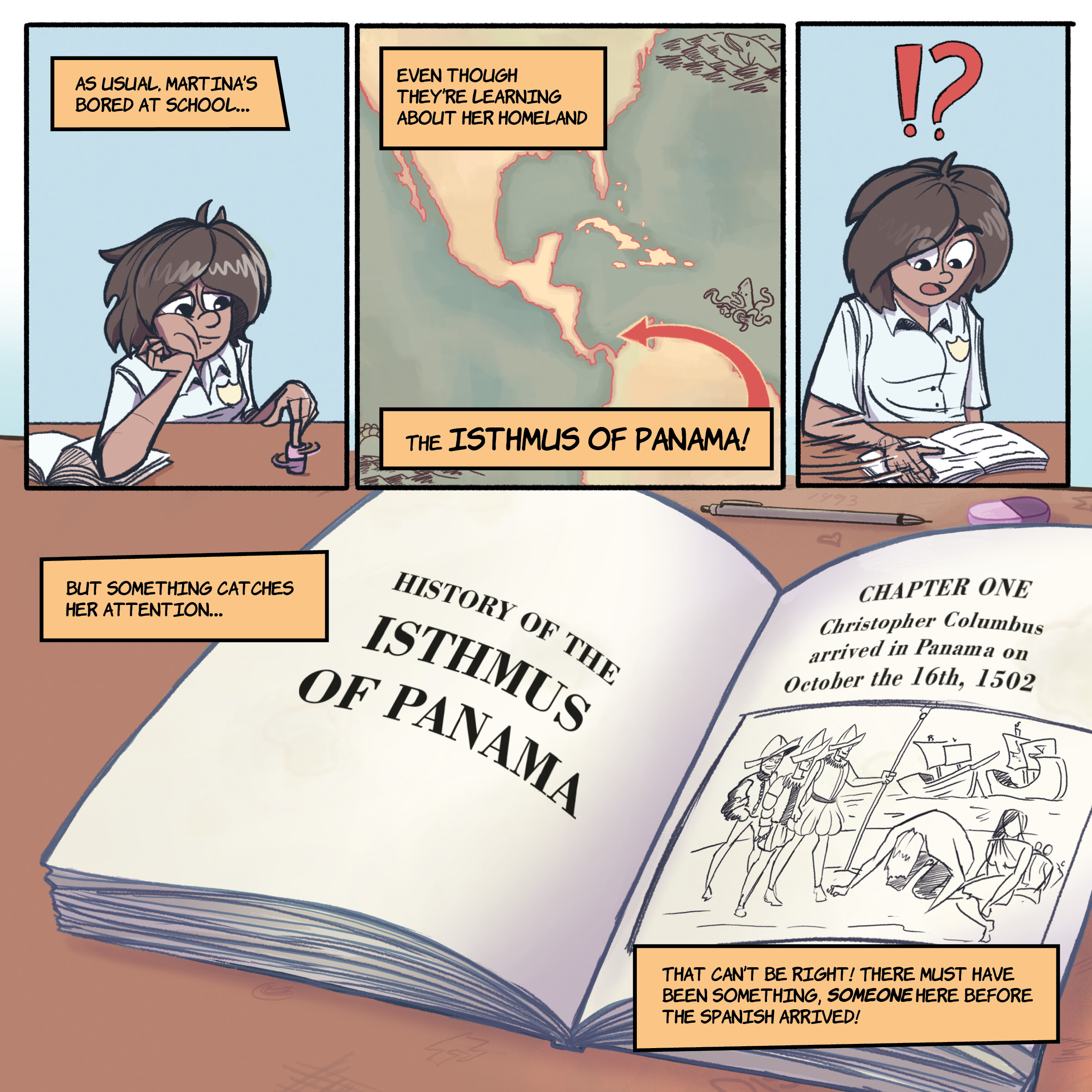 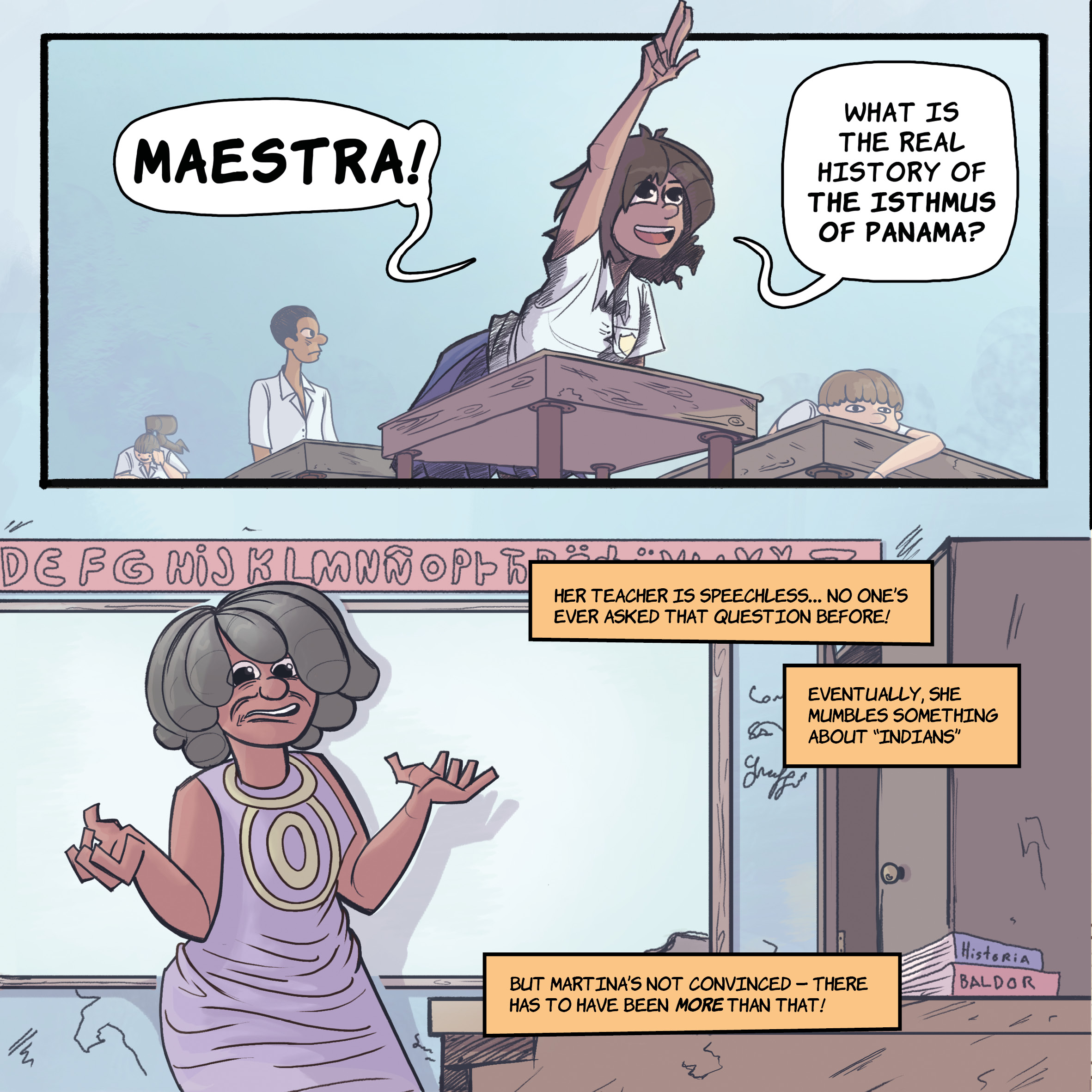